Blue is the color between violet and green on the optical spectrum of visible light. I love having blue plants in the garden, probably because of my tendency to red-green color blindness. To my eye, and unlike some reddish hues surrounded by green (especially at a distance), blue stands out.

Most of the flowers in the genus Gentiana are blue. This large genus (around 400 species) is known especially for its blue, trumpet shaped flowers.

My plant was purchased from Edelweiss Perennials, a small family run mail-order nursery located in the heart of the Willamette Valley, in Canby, Oregon.  This alpine gentian is a great little plant for the rock garden or front of a border. It’s easy to grow, thrives in all kinds of soil and (unlike many alpines) doesn’t seem to mind our wet rainy winters here in the lowlands of the Pacific Northwest.

I planted it in front of Hydrangea quercifolia ‘Sike’s Dwarf’,which is known for foliage and blooms that extend all the way to the ground. 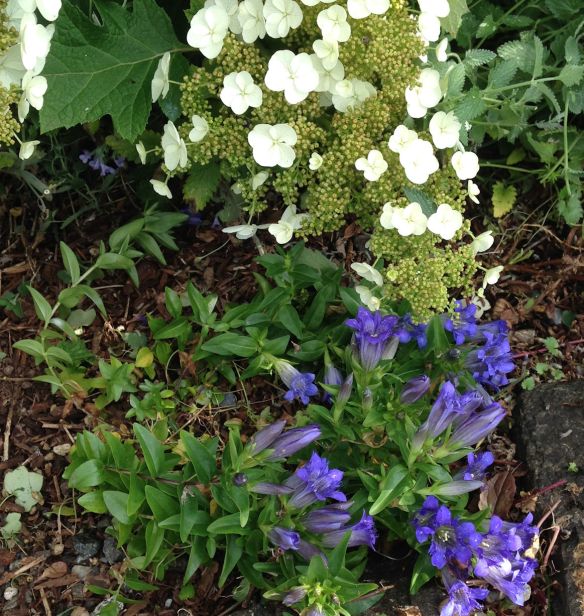 When it comes to plants I’m prone to excess: I have a surfeit of plants in pots. And that can be both a joy and a vexing problem. Pot bound often leads directly to root bound, which tends to make it hard to keep your potted treasure healthy.

Appropriately chosen for the climate and micro conditions (and happily ensconced in the ground) most plants are self-sufficient after starting out in pots. On the other hand, potted plants suffering from neglect are often lost causes bound for the compost heap, rather than bound for glory in the landscape.

Some, like the balloon flower at left, consigned (happily) to the same pot now for four years, carry on, provided that during the growing season their water and nutrient needs are met. But now and then after a long winter, I’m bound to forget where I stashed the deciduous ones languishing in ubiquitous black plastic containers dotting my yard. 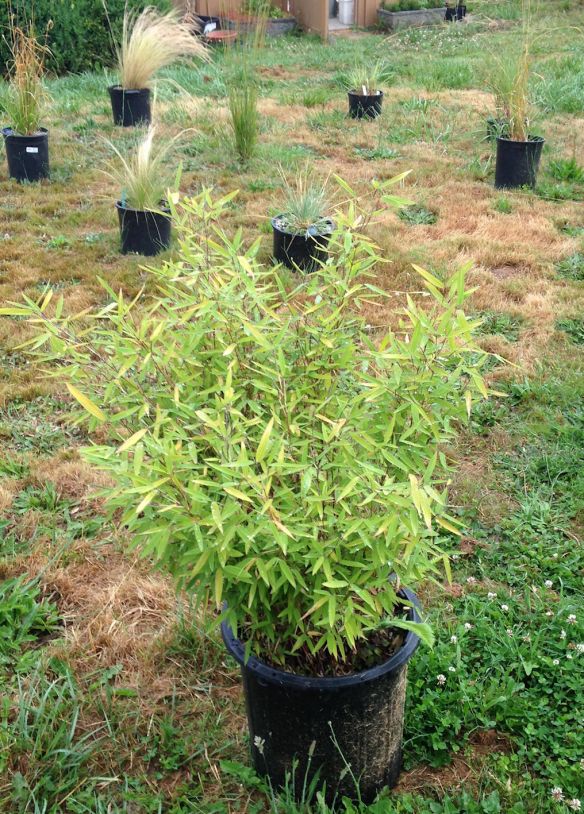 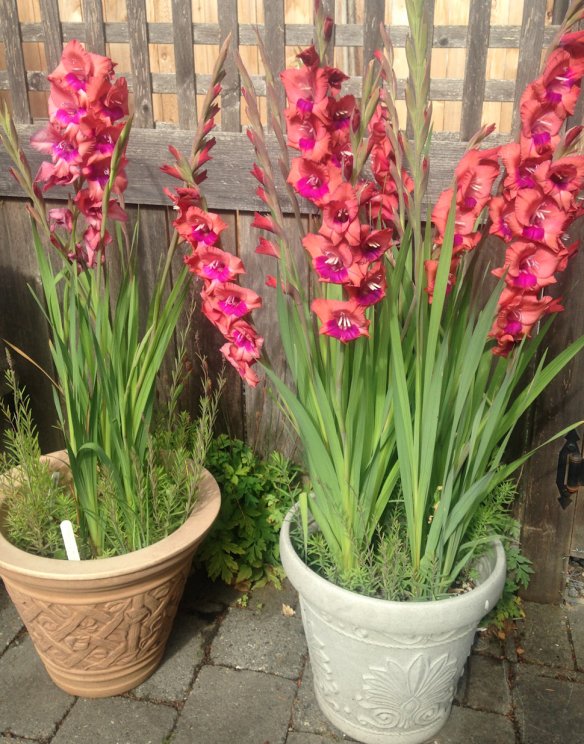 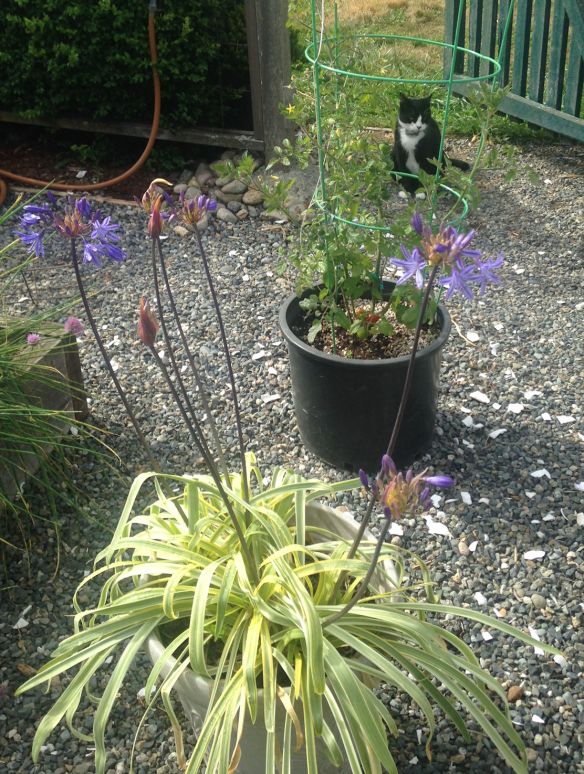 My seven year old Wisteria had me, well, stumped!  Why?  Because co-existing happily with lichen, which I’ve never minded on the trunk and branches, are these rather unsightly protuberances.

March, 2014: Growth at near base of Wisteria trunk

Almost two years ago I planned to write a post to see if any fellow gardeners had a similar experience. But I forgot all about it and this post languished in my drafts folder.

Different portions of its trunk seem to have succumbed to this slowly metastasizing invader. It’s as if a symbiotic tumor is colonizing the trunk and branches.

The growths began sometime ago (2011?) and continued to make progress. At first I thought it was contained to the base of the Wisteria, where perhaps the cultivar was grafted to a different root stock. This cultivar, Wisteria sinensis ‘Cookes Purple,’ was touted as a Wisteria that requires no support and would be happy to make a freestanding focal point. I had always planned to plant it somewhere in the garden, but it still languishes in a large pot

I hardly paid any attention to these bumps, since it didn’t seem to effect the health of the plant in any discernible way. The predominant and larger outbreaks were on the base of the trunk. I totally ignored them, in fact, forgot about them until today.

That’s when after weeks of heavy rain I was inspired by today’s cold sunny weather to finally start some badly needed winter clean up.

I was picking out the cilantro that’s volunteered in the base of the wisteria’s pot, when I grabbed one of the now soggy protuberances and lo and behold it came off easily in my hand!

I removed a few others to have a closer look. Here’s a good example: 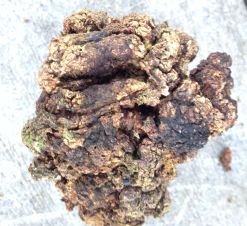 I haven’t a clue as to why or how these aliens got a foothold on my wisteria. If you know, please leave a comment.