Not to be confused with the well-known (and beloved) plant commonly known as geranium, the hardy geraniums (also known as cranesbills) belong to their own genus. 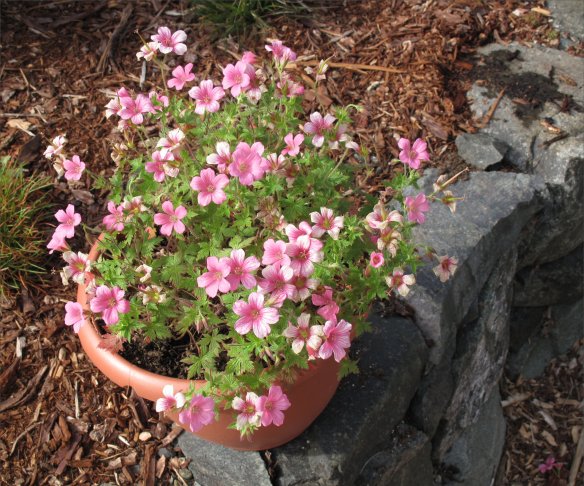 The more widely known plant actually belongs to the genus Pelargonium and here in temperate Pacific Northwest can seldom survive our winters without some help.  Not surprisingly, Hardy Geraniums, are tougher plants:

“whereas Pelargonium is essentially a genus of warm-temperate conditions, with very few species being hardy in Britain, Geranium is equally characteristic of cool-temperate conditions… [and] come from the temperate norther part of Eurasia and its more southerly mountain regions, and from temperate and mountainous parts of North and South America. But practically everywhere that suitable climates are to be found Geranium will be found too, including South Africa, the Arabian peninsula, the Indian peninsula, Taiwan, Indonesia, New Guinea and the Hawaiian Islands. In addition it is found in Australia (including Tasmania) New Zealand, the Azores, Canary Islands and Madeira.”  — from Hardy Geraniums by Peter F. Yeo , published by Timber Press, 1985, 1992.

The hardy geraniums seem to mostly flower in late spring or early summer, many with repeat blooms right through the fall, especially if you deadhead or shear the clump after the initial flush of bloom.

Here in the maritime Pacific Northwest my geraniums are just starting to bloom after two or three days of unusually high temperatures and a very wet March and April. I have some older varieties, probably very familiar to British gardeners, where Hardy Geraniums were popular before they caught on here in the States.

The alternative name Cranesbill comes from the fruit of the plant that forms on some species after the flowers fade, which apparently resembles a Crane’s bill to some observers.  I find them messy looking and deadhead them or shear them away. Two of my older varieties, Geranium x Oxonianum and Geranium hymalayense ‘Birch Double,’ don’t seem to have much of a crane’s bill after the flowers fall off, an added plus for me.

Here are my five reasons why some varieties make great garden plants, followed by more pictures of some of my favorites. 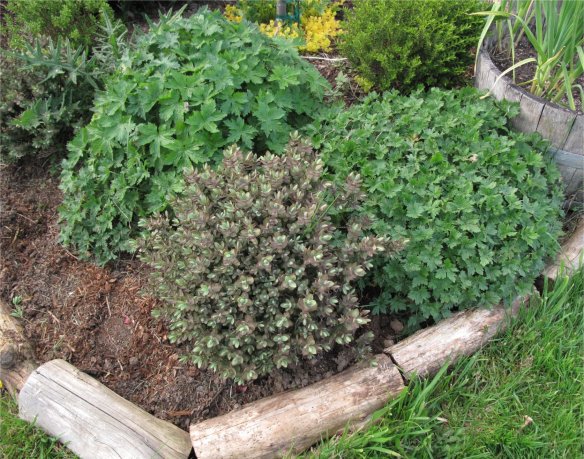 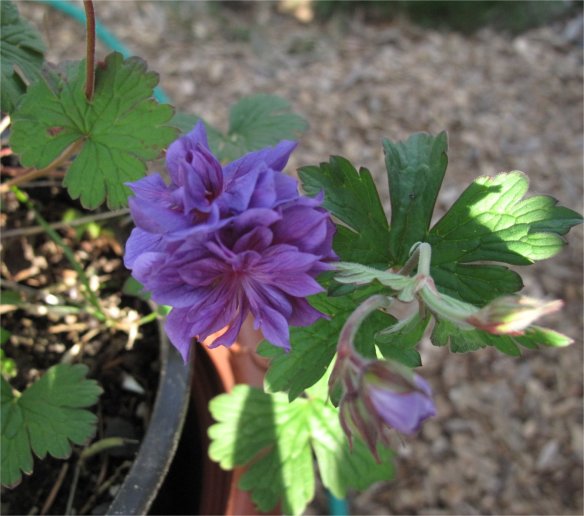 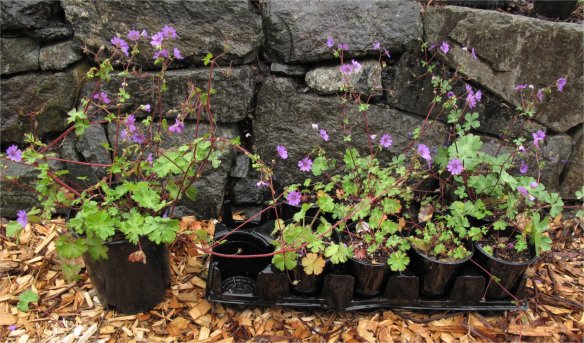 I’ve had some plants for 15 to 20 years, especially Geranium hymalayense ‘Birch Double’, which I bought at a plant sale in the 1980s. Of the five or six varieties I have in my garden, at least four have flowers that come true from seeds; Geranium x Oxonianum ‘Claridge Druce’ seedlings seem to be just like the parent flowers, so apparently it comes true from seed. Other geraniums around the garden seem to have seedlings that show variation, but I don’t mind. If something doesn’t come true from seed, and it’s worthy of keeping, I just make an effort to propagate it by division.